Today I’m thinking about the immigration issue that’s so hot on the news right now. Specifically this tragedy that has been happening now for a long time, with the kids in cages down near the border. I’m not going to talk about the politics of that, so you can relax. I have almost no confidence in political solutions at this point.

Instead, I want to talk about the reactions that I’m seeing and how we can be more Christlike. Regardless of your politics, I think this will help you.

I find it very telling that Jesus addressed Rome almost none at all. Neither do the 12 apostles. Not even Paul.

Rome had taken over Israel by force. They would eventually slaughter thousands, destroy the temple, and violently persecute Christians.

Rome’s very existence at this time was itself a humanitarian crisis on a scale we can’t imagine.

Yet, Jesus made no speeches or Facebook posts about it. Neither did his disciples, who at first seemed to be confused by his silence on the issue as well. They were expecting a political messiah. A messiah that would expunge Rome and bring Israel back to the prosperity of David and Solomon.

We have to ask why.

He built, and is building, His kingdom with a simple prescription: Love God with all you are, and love your neighbor as yourself.

Who Do You Love?

My observation has been that many people are more passionate about what the government should, or should not, be doing than they are about loving their immigrant neighbor.

But it should be the other way around, if we are going to try to act like Jesus. We should be far, far, more passionate, zealous, opinionated, and outspoken, about loving our immigrant neighbor than we are about what the rulers of our earthly kingdom should be doing about it.

Your passions, not your opinions, tell you where your heart really is. If you are more passionate about border walls than you are about loving people then something has gone wrong in your heart.

I’m not arguing for ignorance on public policy. We need to be informed voters. I’m arguing for a sense of proportion that matches the way Jesus lived.

When you see pictures of little immigrant children locked in cages, your heart should break long before you feel the need to defend it. Likewise, your broken heart should prevent you from using those same children as cannon fodder in your attacks against a president you don’t like. 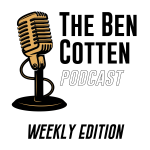 Episode 32 – Am I A Pharisee? // Mistaking Important Things for Weighty Things 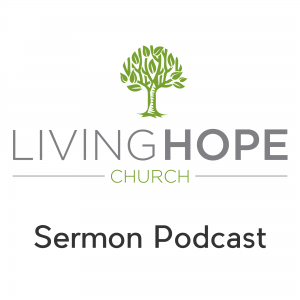